“The Power of Ten”
by http://www.facebook.com/IamaSinulogDancer
last updated on January 23, 2018 by I AM A SINULOG DANCER
FOLLOW @iamasinulogdancer on Instagram

I Am A Sinulog Dancer pays tribute to 10 ELITE(the adjective used by Mr. Ricky Ballesteros) aka “The Power of Ten” Sinulog choreographers who have had made Sinulog the “Sinulog” we have today – raising the lever of standards year after year. They conceptualize NEW ideas- they innovate… and create anew… Then innovate… and create anew. Imagine Sinulog without these 10 genius choreographers!

“The Power of 10” and some of their original crafts incorporated in Sinulog. In no particular order,

1. Mr. Jojin Pascual(Tribu Sinanduloy of Tangub City)
•The infusion of Philippine folk dances in Sinulog-Based Category which then opted the SFI to modify the guidelines in 2007;
•The “wavelike” succession;
•Dynamic arrangement in musicality;
•The use of complete set of percussion instruments;
•The use of backdrops;
•Fast transition of figures in SB;
•The use of mascots;

2. Mr. Walter Betito(Tribu Sinanduloy of Tangub City, Pinamungahan Central School, PLDT, and Abellana National School)
•Succession *different from the succession of Mr. Jojin Pascual
•The use of giant props. (Giant fruits and vegetables)
•The use of catsuit as costume(which is now the base costume of all FI contingents today, especially Lumad Basakanon)
•Cake formations. (Squares forming into triangles forming into circles forming into rectangles forming into 4 squares. This floor choreography is now very evident in any contingent – FI or SB.)
•The use of ethnic jazz in FI;
•Fast transition of figures in FI;
•The non-use of candles in SB;
•The use of fiesta band as instrumentalist;

6. Mr. Barry Luche(Tribu Kandaya of Daanbantayan, Lanao del Norte,
and Tribu Himag-ulaw of Placer, Masbate)
•The use of myth and fantasy concepts in FI;
•The use of fisherfolk concept;

7. Mr. Val Sandiego
• The use of petticoat for female costumes;

8. Mr. Val Lozada(Surigao del Norte, Surigao del Sur, and Camiguin
contingents: Tribu Buyawanon, Tribu Placernon, among others.)
•The use of handkerchief as handprop in FI;
•Dancers as couples in FI;
•The use of children as dancers;
•Angels VS. Devils in a dance drama;

10. The Late Melquiades “Myche” Gonzales Jr.(Southwestern University)
• The use of pigeons in dance production;

The Top 2 are also the FIRST and ONLY choreographers to achieve a grandslam feat in Sinulog.

QUESTION: Who is the pioneering Sinulog contingent choreographer for the use of candles in SB?

ANSWER: None. Lola Titang Diola was the first one to use candles as handprops and several dance groups had followed her- dancing the Sinulog with candles along the streets of Cebu long before when it was not yet a competition. She was not a Sinulog contingent choreographer. Apart from that, the use of candles is part of Sinulog literature. Therefore, no contingent/choreographer has the right to claim such a festival infusion; it is inherent to Sinulog.

The use of candles had then became a norm in any Sinulog dance groups even until the inception of Sinulog Grand Parade and up to now(except for 2010 when Abellana National School did not use candle handprops – the first time for an SB contingent).

FOLLOW ME and I will make you a PROUDER CEBUANO – EVERYDAY!

I AM A CEBUANO

I AM A CEBUANO

There was an error retrieving images from Instagram. An attempt will be remade in a few minutes. 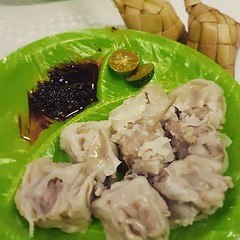 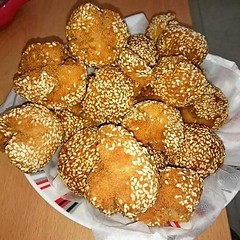 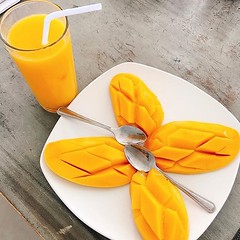 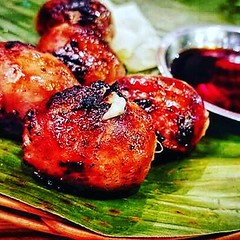 Looking for something? Search here.